US Court of Appeals for the Eleventh Circuit

US Court of Appeals for the Fifth Circuit

US District Courts for the Eastern, Middle, and Southern Districts of Louisiana

US District Courts for the Northern, Middle, and Southern Districts of Alabama

US Court of Federal Claims

US District Court for the Eastern District of Texas 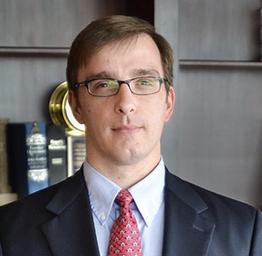 Stephen Austin is married to Shannon Hartley Austin. They have four children: Aurora, Henry, Eva, and Mary. The family makes their home Metairie.

JD, The University of Alabama

BS, University of Alabama at Birmingham, with honors

Mr. Austin devotes his entire practice to helping people with diseases caused by asbestos. He loves people, has diverse experience in every stage of legal representation, and is passionate about the law. This makes him well-prepared to answer your questions. He is especially good at explaining how a client's potential claim may move forward and the realistic expectations of a claim.

Mr. Austin has served as trial counsel, or co-counsel, in numerous cases that have received jury verdicts.