An advocate for our veterans

Mr. Austin is a strong advocate for veterans. Though he rarely talked about it, Mr. Austin's father, Carl Austin, was drafted and served in country during the Vietnam War. He was a crew chief on a Huey helicopter in the Army as part of First Platoon, 282nd Assault Helicopter Company ("Black Cats") based in Da Nang and Quang Ngai. Like thousands of others, he was exposed to Agent Orange. He flew on two missions in which they deployed Agent Orange, and they used spent barrels of Agent Orange filled with sand to protect against enemy artillery. Mr. Austin's father later developed one of the diseases associated with exposure to Agent Orange.

When he was a boy, Mr. Austin went to World War II Army reunions with his grandfather, Luther Boyd Johnston, who served as an infantryman in New Guinea and the Philippines. This instilled in him an enduring respect for the dedication and brotherhood of veterans.

When one of Mr. Austin's neighbors, John Huber, died without any close relatives, Mr. Austin volunteered to administer his estate and ensured that Mr. Huber, a veteran of the Vietnam War, received a dignified and honorable burial. The photos below show the interment of Mr. Huber's ashes at the Southeast Louisiana Veterans Cemetery in Slidell, Louisiana. Even though they never knew Mr. Huber, more than 100 brother and sister veterans showed up in support. Mr. Austin accepted the American flag on behalf of Mr. Huber.  (Click here for a lin​k to all the photos.)

Many of our Navy veterans were exposed to asbestos onboard the ships they served. Ships from World War II to Vietnam commonly used steam, and the high temperature steam pipes were often covered with asbestos-containing insulation. Much of the equipment onboard the ships also had asbestos insulation on it, including the boilers, turbines, pumps, and valves. The engine room and fire room presented the highest risk of exposure. Also, much of the packing and gaskets used inside the pumps, valves, compressors, and motors contained asbestos. The Navy stopped installing asbestos onboard ships in the 1970s, but earlier vessels with asbestos in them remained in service for years.

Other sources of exposure

If you are a former member of the Armed Forces and have been diagnosed with an asbestos-related disease, Mr. Austin can explain your legal options. He can be reached at (504) 377-5200. 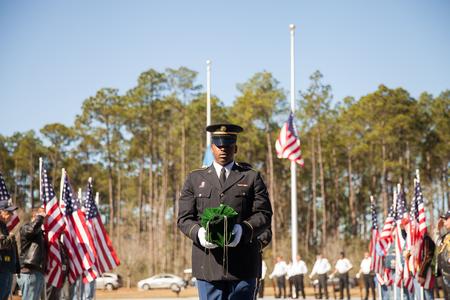 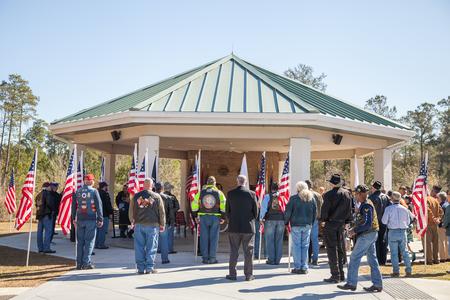 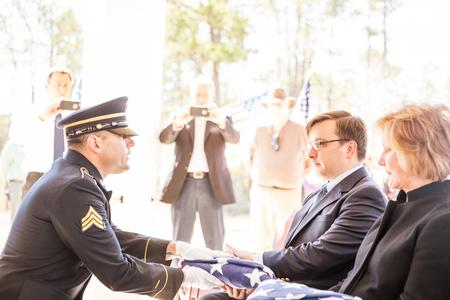 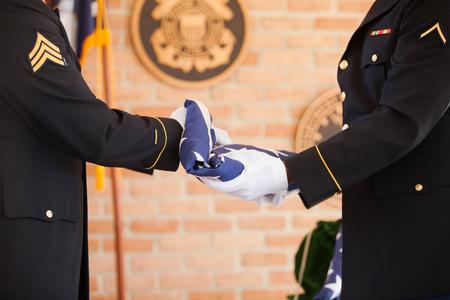 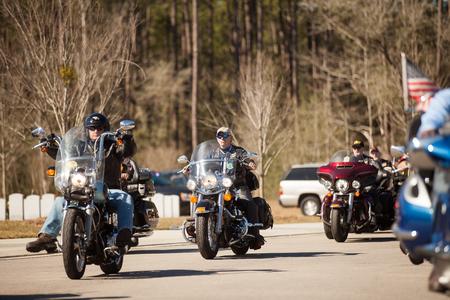 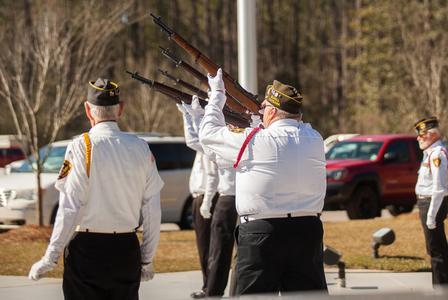